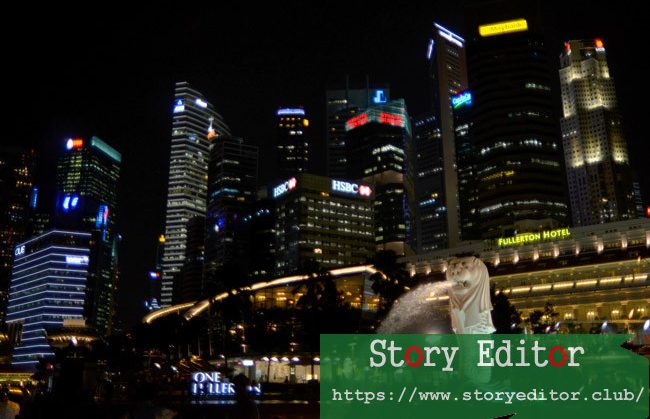 Singapore, ships in the sky!

If something has surprised me on this trip it has been Singapore. And not because it is especially beautiful, or especially authentic, or especially special… just because I didn’t expect it. I did not expect that under a humble country (not poor at all) like Malaysia there would be hidden such an ostentatious corner as Singapore. And that the arrival in this city was anything but … luxurious.

From Kuala Lumpur to Singapore by train

( 10-09-14 ) 8 euros cost a normal seat and about 50 a sleeper car. With that price difference it was obviously that on the night train from Kuala Lumpur to Singapore we would settle for the first option. And the trip was hell. And it was despite the fact that it was about 15 degrees in our car. Someone must not have realized that the air conditioning had been left on or that it was simply not at human temperature. At those degrees the train could very well have been used to transport corpses.

And little was lacking, because the state with which we arrived in Singapore was anything but a living person. Nor did it help our well-being that there was more light in the car than on a television set and that among our companions the one who did not snore spoke loudly. Upon our arrival, the first surprise: we had to pass another customs. We had already heard that Singapore was something like a country, but we thought it was more theoretical than practical. Well, no, it is a country with all the laws: its own currency, a different language and a stamp on the border.

After customs bureaucracy, the train dropped us off at Woodlands , a station away from everything. So there were two options left: taxi or public transport, but we lacked local currency (the Singapore dollar). Tired, hungry and cold, one thinks worse … and yet we managed it, we got the money and we got to the relevant metro station, which was a considerable distance away.

Something has changed in us. Years, experience, maturity … whatever it is, a similar situation on another trip would have ended in a fight. But this time it was not like that. Despite the bad condition we reached, we kept a cool head and a controlled temper. The next step was to find an accommodation where to recover some hour of sleep. But we were already realizing that at a Malaysian price (6 euros per night) we were not going to find anything. Here we would pay about 14 in the Little India neighborhood . A good hostel where a good nap fell.

What to see in Singapore

( 11-09-14 ) Two hours later we woke up, despite not hearing the alarm due to pure brain failure. At 6 we had an appointment, Krizha had offered to show us around the city.

19 years old, Filipino but living in Singapore since she was 13, from a wealthy family. With a classy girl we were going to tour a classy city. Fear gripped our credit card, but it was unfounded because in the end it did not let us pay almost anything. The first thing we did was solve the issue of hunger, since between one thing and another it had not been a day in which we had fed very well. Krizha knew a good place to satisfy our need and at that moment we discovered underground Singapore .

It was raining in the street but we went from one point to another on the map without going outside. The fact that this country was built on a not too big island (700 times smaller than Spain) means that if Singapore grows, it has to do it up or down. Therefore, under almost any point in the city there is underground activity. You never know where the subway begins and ends, where the shopping center begins and ends. Everything is communicated.

Like moles we reached our destination, a conservatory restaurant. It looked very good, even though it was getting dark and we weren’t very aware of where we were at first. The restaurant was a set of food stalls from different countries: Japanese, Singaporean, Korean, Chinese, Vietnamese … Krizha suggested a Japanese (I think) to us and he was totally right. Look, we have eaten noddles along the trip but none of us knew how to do it. And it was not too expensive, 5 euros with a drink.

And little by little night fell, and the light of the buildings was becoming the protagonist.

And little by little the city that had received us with such a bad face was doing its best to change our opinion.

These photos correspond to the Marina Bay area , where a good part of Singapore’s luxury is concentrated. The last image is of the Marina Bay Sands, a hotel-casino. The upper part of that building, “the boat”, is a swimming pool. We did not go up but I assure you that there will be spectacular views. It is precisely in this area that the Formula 1 Grand Prix is ​​held.

This neighborhood is also known for the statue of the Merlion , a lion with the body of a fish.

Gardens By The Bay

But the show of lights and colors does not end there. On the other side of the building are the  Gardens By The Bay , an amazing park.

… Being a few characterized countries.

Of course, you could not miss the corner of Spain, with its bulls, bullfighters and flamenco dancers.

It is urgent that someone do something to change the brand image of Spain in the world. Topical and regrettable.

A few inflatables later you arrive at the Supertree Groove, a forest with the typical giant colored trees that anyone would have in their garden …

… And whose interior serves as the headquarters for exclusive bars and clubs.

There our day ended. If you ever come to Singapore, don’t leave without seeing Marina Bay at night. It got to the depths of us. Daydreaming, we went to sleep

( 12-09-14 ) Good asleep, everything looks different, although this day it gave for what it gave. In the morning we change hostels looking for something a little cheaper. We find it close and improve in quality. Bunc Radius Hostel, in my opinion, one of the best hostels we’ve been to on any of our trips. At the level of facilities and cleanliness, little to envy a good hotel.

The rest of the morning is dedicated to logistics and blogging. In the afternoon, we met Krizha again.

This time. our hostess chose Sentosa , an island in the lower part of Singapore that I didn’t particularly like. Do not imagine sand, crystal clear waters and coconut trees. Imagine an island built by and for tourists.

Only one tower is saved on the beach from which you can see the place from above. But little else.

I open parentheses. It is not the first time that we have encountered a situation similar to this. Southeast Asia has a lot to see but on our way we have come across quite a few cardboard and stone tourist sites. Temples, historic centers, beaches, streets … built with square and bevel to satisfy tourists who settle for little. A little basic marketing and a few retouched photos are enough for soulless places to become compulsory stages. I close parentheses. Late at night we changed Sentosa for China Town . But China Town to the Singaporean.

In general, in all the cities in which we have visited its Chinatown we have found an authentic, chaotic, disorganized, thick, crowded and highly commercial-oriented place.

Singapore’s Chinatown still has the charm and authenticity of Chinese culture, but it is infinitely more organized and clean than any of the others.

And I asked myself, if Singapore has managed to organize China… where are its limits?

It is clear that Singapore plays in another league. 5 kilometers from Malaysia there is a small country where the average salary of its inhabitants is tripled with respect to that of the neighbor, where the official language is English, where throwing a gum on the ground is fined, where even the subway is friendly for the tourist. A place where the day they finished meeting basic needs they dreamed of lions with mermaid tails and 30-meter colored trees. Singapore is a good example that money does not bring happiness, but allows ships to reach the sky.