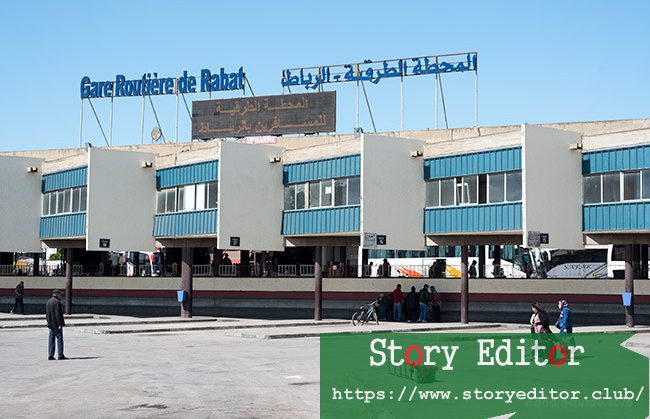 Chefchaouen The Blue Prince of Morocco!

There are cities of skyscrapers, infinite bridges, cathedrals up to the sky. There are towns full of history, culture, leisure. There are localities of mountain routes, of paradisiacal beaches, of wildlife in freedom. And there are blue cities. It is likely that nothing you usually look for when you travel is in Chefchaouen, but just by immersing yourself in its blues, it will have been worth this stop.

The last time we spoke, I had just shared my very complete experience in Rabat , the pleasant capital of Morocco, where I was enjoying a fantastic Arabic course . Precisely, in a couple of days off that I had during that course, I took the opportunity to make a getaway to Chefchaouen , one of the most renowned cities in this land.

How to go to Chefchaouen by bus

It depends a lot on where you are and where you are going, but generally, the cheapest option to get to this town is by bus from any of the important cities in Morocco. The closest large settlement is Tetouan, from where you can even take a taxi for a fee of 4 or 5 euros. There are also private tours from Fez.

Be that as it may, there is no option to go by train to Chefchaouen , so if you opt for the bus, the price and the duration of the journey will depend on your starting point. In case you want to calculate, in my case I paid 80 dirhams (8 euros) to go on a local bus from Rabat .

The truth is that my first bus experience in Morocco was not too pleasant . Nowadays, it is not easy to buy tickets online (only from the CTM company, and you have to take it several days in advance), so you have to go to the station to get them. And the Rabat bus terminal is one of the most unpleasant places I’ve ever been.

Apparently, many Moroccans make a living by mediating between uninformed tourists and ticket stalls . Basically what they do is take you to the corresponding window and take a commission for each ticket. So far “respectable”, if not because it is usual for them to fight each other over customers and / or commissions. In the scarce half hour I spent there I saw up to 3 fights, one of them quite fat. So if you use the bus to travel around Morocco , my advice is to ignore everyone who comes to meet you at the station and try to get to the window by yourself . Maybe you will avoid a conflict.

Apart from the adventure in the station, the trip was also another odyssey since it took us about 6 hours to cover the 200 kilometers that separate Rabat and Chefchaouen . And it wasn’t a matter of roads, which are pretty decent. The problem was that the bus stopped all the time to pick up and drop off people, as if it were an urban vehicle. To avoid these odysseys, I recommend the CTM or Supratours companies, the only ones geared towards tourists (or a rental car, of course).

Ticket prices are slightly higher, but are usually more direct buses. Between one thing and another I arrived at Chefchaouen around 8 in the afternoon , where I was only greeted by the most absolute darkness. Fortunately I had already booked accommodation.

Where to sleep in Chefchaouen

Chefchaouen is a very touristy city, but quite small, so depending on the time you visit it, it is more than recommended to take something previously reserved . Most of the lodges are located inside the medina, the most attractive place in the city. Some recommendations:

In my case I used AirBnb , but the truth is that I was not right with my choice. I spent the night in the “hostel” Alibaba, very far from the tourist area and quite shabby. The best thing, that the owner received me with a hot stove, delicious tea and something to eat. Good and a joint, but I rejected this last one with pleasure.

( 24-03-18 ) As soon as the cold allowed me to move around in the morning (yes, friends, in Morocco it is cold in winter), I went out to discover the charms of the blue city . And it definitely does.

What to see in Chefchaouen

Wonderful. I wouldn’t even know where to start. I know that among travelers it is very common to look for a list of places to see within a certain destination . But I think in Chefchaouen it would be a mistake to approach the article in this way.

Some say it is to avoid mosquitoes. Others say it was a reaction by the Jews against the prevailing green of Islam. Be that as it may, one or several illuminates had the idea of ​​painting their house blue .

And so, neighbor by neighbor, they created a work of art in the shape of a town . A work especially reflected in the medina.

And, although Chefchaouen is more than just a medina (old town), the medina is the object of tourist desire par excellence .

That’s where the blues become irresistible.

Apart from the small curiosity regarding the colors of Chefchaouen, behind this town almost 600 years of history are concentrated . It was built by Jews and Muslims exiled from Al Andalus (you know, the time when the Muslims conquered Spain), and therefore its appearance is so reminiscent of that of many Spanish peoples .

Chefchaouen was for a long time a sacred city in which foreigners were not allowed, which is why it remains anchored in time . At the beginning of the 20th century, the Spanish were waging war there (literally), another reason why our influence is so palpable.

Even the streets are in Spanish.

But not to saturate yourself with history, the true magic of Chefchaouen is to walk it …

Whether you look for it or not, almost any walk you take around Chefchaouen will start or end in the Mohamed V square …

… and the headquarters where its main mosque is located …

… and the kasbah, which can be visited for one euro.

… Much less saturated and wonderfully decorated with an impressive fountain .

But outside these squares, the wide spaces disappear …

… And the game of labyrinths begins between the winding streets of Chefchaouen .

Some of them iconic and recognized, such as the one with flowers .

Stay away from the busy and beautiful avenues in the lower part of the city.

Climb stairs until you reach where only the locals arrive.

THE WALL OF CHAOUEN

… a stone wall that seen from afar is quite impressive .

Photograph it and go back inside.

And once again lose yourself aimlessly through the bluest corners of Chefchaouen.

How many blues can you count in this photo?

Beyond its medina, another of the gates of the wall will take you to a beautiful path by the river …

… where you will feel the force with which the water falls through this area. It will be that he wants to arrive.

Right there are the laundry rooms , where you can still run into people cleaning clothes the old-fashioned way.

But Chefchaouen’s magic doesn’t end there. Don’t give up and follow the path around the laundry room . And it starts to rise. Little by little you will be taking a distance and you will be able to see the town from a different perspective.

THE SPANISH MOSQUE – THE BEST VIEWPOINT IN CHAOUEN

If you keep going up you will end up arriving at the so-called Spanish mosque , from where you can see the sapphire in front of you. And if you do it at sunset , the panoramic will drive you crazy.

When the sun goes down the tourists will start to leave. But don’t be in a hurry, because when everything is night …

… Chefchaouen will put on her best dress . And only for you.

It was precisely there that I started my way back home …

… after dinner a delicious lamb tagine .

On my return to my cold abode I could see Chefchaouen’s face when the moon reigns. A faint and suggestive face, but less attractive than during the day.

At night, all the blues are the same .

With this good taste of blue, I ended my precious getaway through Chefchaouen. As with the outward journey, my return to Rabat would have to be by local bus . In case you also have to leave Chauen by bus, I leave you the schedules of the different companies that operate there.

And here I leave it for today. Definitely Chefchaouen deserves each and every compliment they throw at him. Without a doubt, one of the most attractive towns in Morocco. After seeing it with my own eyes, I can only tell you to open the door for this prince charming . You will fall in love. Are you coming to Agadir ?

Sleeping in the Moroccan desert!